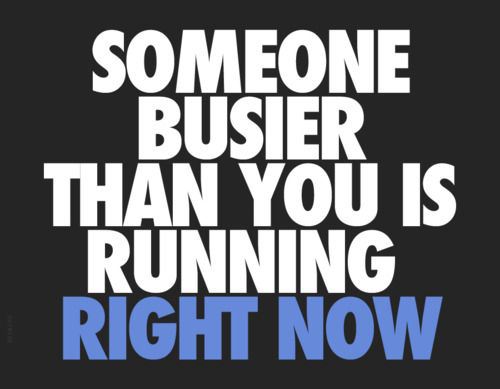 This past weekend I ran in the Brea 8K, a 5-mile race held annually here in the North Orange County region of Southern California.

This year’s event also coincided with the National Masters 8K Championships, a special race that was held prior to the Brea 8K.  Masters are runners over the age of forty, or what I fondly call, the old folks division.  Of course that was the race I was in.

During the course of the event I learned, or was reminded of some amusing thing about running – and aging.

First, it’s great running in Southern California in February!  It was a bit brisk the morning of the race.  But the sun was shining and as I warmed up so did the temperature.  Second, it’s so awesome when the people of a community and its business unite to put on a running or fitness event.  Everyone is there for something positive – togetherness, health and wellness, community support, competition and stimulating the local economy.  The Brea 8K folks do an outstanding job.

Running a race against fast people can be quite a challenge when you’re not in great shape.

I was also reminded of a few things about my own running.  Things I constantly preach to my patient’s, but sometimes forget to apply.  For example, running a race against fast people can be quite a challenge when you’re not in great shape.  Also, if like an idiot, you start out too fast on the first mile, you will pay a painful price on the second mile, and third mile, etc.  And, of course, if you haven’t been doing much hill training and then you run a race on a hilly course there will probably be some significant suffering involved.

The thing that impressed me most about the run was just how many really fast, young at heart, Masters runners there are out there, both men and women.  I’m 48 and have been mostly away from the racing scene for a while and this was my first real Masters race.  And, besides there being at least on 65-year-old guy who left me in the dust.  I stopped counting the over 50-year-old women who were ahead of me.  It was a little embarrassing, but I did out-kick a 70-year-old dude at the end.

There’s no reason you shouldn’t be involved in running and or some other form of exercise.

Anyway, there are a couple of reasons for bringing that up, besides trying to motivate myself to get in better shape.  First, running is a great sport and form of exercise.  With no other activity do you get as much of an aerobic workout and burn as many calories in a relatively short time.  Of course, like with any fitness activity, you have to be sensible enough to have the right equipment and not overdo it, and there’s always a chance of injury.  But it’s activity you can perform and reap the benefits at any age – I just witnessed several hundred examples.

In addition, there’s no reason you shouldn’t be involved in running and or some other form of exercise.  You may be overweight and out of shape, and you may be with me in the old folks division, but that just mean you have more room for improvement.  The saying that “things get better with age” can be true for you.

Start slow, but start.  Increase very gradually at whatever it is you decide to do.  If necessary get help from your doctor, a trainer, or get involved with a running club.  There are so many of them out there and they all have member who have been where you are and are happy to help.  Just get a fitness habit going and don’t stop.  Your mind will feel better immediately even if your body doesn’t.

Great events like the Brea 8K remind us of the benefits of doing something positive – for ourselves and others.  Get involved with running-or something- and you will reap the rewards not just now, but for the rest of your life.

Schedule Your Diabetic Foot ExamRequest your appointment
Make a Payment